Will I have to Go to Court if I file Bankruptcy? 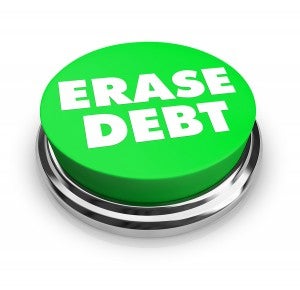 When you file a bankruptcy case the first “hearing” that you will attend is called the first meeting of creditors or the “341 Meeting”. In Chapter 7 bankruptcy cases in the Northern District of Alabama, the Chapter 7 meeting of creditors is conducted by a lawyer who is appointed from a panel to handle the administration of your case. The lawyer is called the Trustee. Your creditors have the right to be present at the meeting; however, very few people ever have a creditor appear at the meeting. Sometimes a bankruptcy attorney representing a secured creditor will be present to get you to sign documents (a reaffirmation agreement) agreeing to continue paying your debt. In almost all Chapter 7 cases you will never go to court again.

Since Chapter 13 cases last between 3 and 5 years, there may be other times when it will be necessary for you to appear before the Judge. If you have to modify your plan or if your case comes up for dismissal for non-payment, you may have to appear and explain to the Bankruptcy Judge what has happened during your Chapter 13 bankruptcy case.

Whenever You Go to Court Your Bankruptcy Lawyer Will Be With You.

While bankruptcy is a complex area of law, once your case is filed the process is relatively straight forward.  Filing bankruptcy requires filling out a lot of paper work and going to at least the meeting of creditors.  If you do have to appear before the Bankruptcy Judge, your bankruptcy lawyer will be with you.  If you hire an experienced bankruptcy attorney and you can rest easy knowing that your bankruptcy case will be handled correctly.

My name is Melinda Dionne.  For over 35 years, I have been helping people find a way to deal with overwhelming debt.  I have never represented a deadbeat because the vast majority of people having financial problems are anything but deadbeats.

Thank you for contacting us. We will get back to you shortly.

Please complete all required fields below.

I offer a Free Telephone Consultation and I'll gladly discuss your case with you at your convenience. Contact me today to schedule an appointment.