C is for Child Support

C is for Child Support 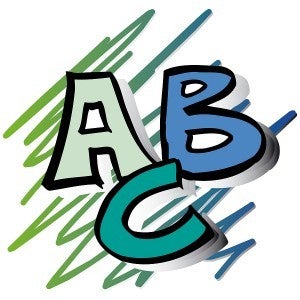 C is for Child Support – a special status in Bankruptcy.

In an effort to help in the enforcement of child support orders, the Bankruptcy Code gives priority status to unpaid child support.  Priority Debts are generally non-dischargeable in bankruptcy, so a person who owes a priority debt will not be granted a discharge as to that debt under the Court's discharge order.

In the bankruptcy legislation that took effect in October of 2005, Child Support was given an even higher status, in chapter 13 cases.  In general, a debtor must stay current on any child support that comes due after the date of filing, or that debtor can have his case dismissed for his failure to make the post petition child support payments.  Additionally, if the debtor is behind on the child support at the time of the filing of the case, that debtor will generally have to pay that amount in full through his payments to the trustee.

If the debtor falls behind during the life of the case, the recipient of the child support (or the relevant state agency) can file a motion to dismiss the case.  If the Judge determines that the Debtor is behind on the post petition support, the case can be dismissed.

Before the Court can grant a discharge, a chapter 13 debtor must affirmatively certify that there is no child support that came due during the life of the case that has not been paid.  If the debtor cannot or does not make the appropriate certification, the Court cannot grant a discharge.

Child Support is not a trivial matter.  It requires full and complete disclosure to your lawyer.

Be sure to fully disclose to your bankruptcy attorney the status of any child support payments.  Only through properly informing your attorney can  your Tuscaloosa and Birmingham Bankruptcy Lawyer properly advise you and guide you.  Although unpaid child support will not be discharged in chapter 7, it will not keep you from receiving a discharge.  There may be times when discharging other debts may improve your ability to pay the child support arrearage.

More Information about “The ABC's of Bankruptcy.”

Attorneys from around the United States are taking part in “The ABC's of Bankruptcy.”  Check out these other blog posts for the letter “C.”

My name is Melinda Dionne.  For over 35 years, I have been helping people find a way to deal with overwhelming debt.  I have never represented a deadbeat because the vast majority of people having financial problems are anything but deadbeats.

Thank you for contacting us. We will get back to you shortly.

Please complete all required fields below.

I offer a Free Telephone Consultation and I'll gladly discuss your case with you at your convenience. Contact me today to schedule an appointment.